According to economist Paul Krugman, the skills gap is no longer a zombie idea, “an idea that should have been killed by evidence, but refuses to die.” Despite an economy and job growth being steadily on the rise, many employers actually have difficulty hiring skilled workers. Furthermore, we are constantly inundated with sobering statistics about the state of the skills gap. Among them:

Without this measurement, there is no way to equally calibrate what a person, let alone an entire organization, is capable of.

The market wants to, and needs to, speak a common language about skills. Degreed clients are already having those initial conversations in L&D, but we have to migrate those conversations  to the C-Suite. Doing that takes a different mindset, new tactics, and an executive-level metric. CEOs need business-qualified metrics, which L&D has rarely had at its disposal, blurring the line between a business contribution and a business expense. 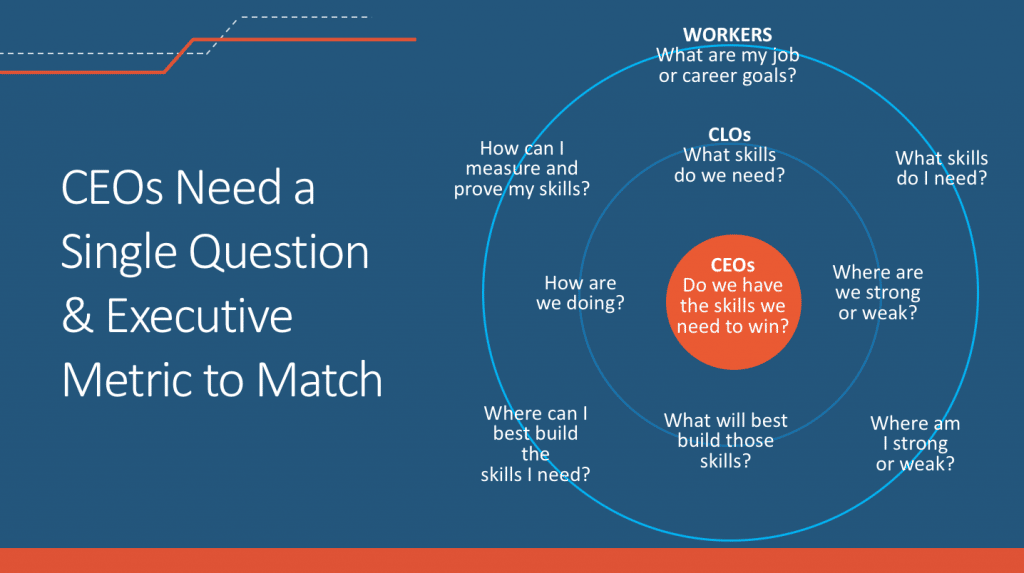 Other business units have had to shift their story as well, eg customer satisfaction. Frederick Reichheld tied it together best: “By substituting a single question for the complex black box of the typical customer satisfaction survey, companies can actually put consumer survey results to use and focus employees on the task of stimulating growth.” Mr. Reichheld shared this quote in a 2003 Harvard Business Review article that introduced Net Promoter Score.

Introducing a single question and a CEO-level metric solved the customer-service black box question. Fifteen years later, the most successful CEOs know their company’s NPS, because NPS gives CEOs a single metric, a universal way to benchmark and judge practices for their impact.

As part of The Expertise Economy, a book about how the smartest companies use learning to engage, compete, and succeed, Kelly Palmer and and I introduced the Skills Quotient — a framework for benchmarking the skills of an organization.

Skills Quotient is an entirely open framework: whatever taxonomy, mechanisms for measuring skills, rubric you use, you can benefit from Skills Quotient. 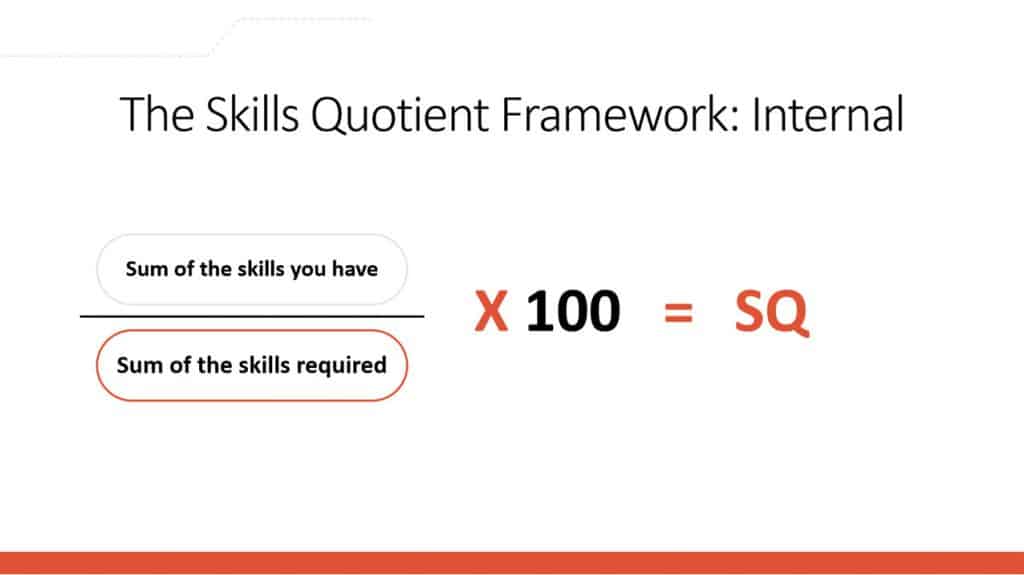 Here’s how it works: For any role, identify the skills needed and the required levels. Next, capture your individual ratings for each skill. Then, divide the sum of the skills you have by the sum of the skills required, multiplied by 100 to calculate your Skills Quotient. The example below uses the 8-level framework created by the Lumina Foundation. 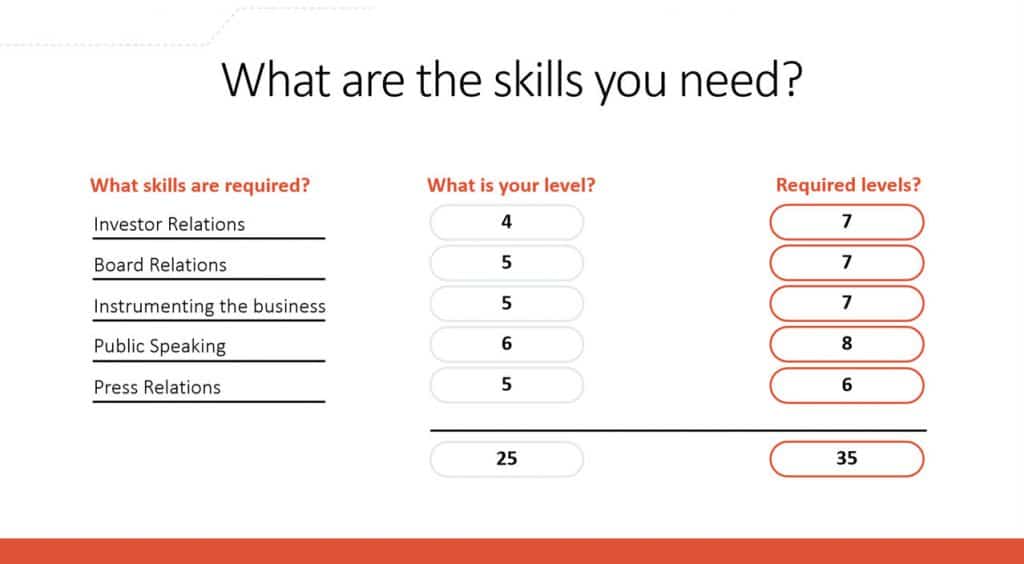 There is a caveat to the equation: your skill level for any skill cannot exceed the maximum required. We do this to correctly identify the skill gap.

There are a few important things to know about Skills Quotient:

For the first time, we are able to benchmark in a meaningful way, and breakdown differences using a codified, single C-level metric.

Want to innovate with us? We are looking for more companies who are willing to join us in proving Skills Quotient and ultimately publishing uses cases for it, just as Frederick Reichheld did fifteen years ago with NPS.

Though it’s a concept brought to life in the Expertise Economy, Degreed is here to help. For existing clients, we’re introducing Skill Review, a scientifically defensible, highly-accurate way to capture skill data. Skill Review joins Degreed’s suite of skill measurement capabilities, including self assessment and Degreed Skill Certification to give you a robust set of tools to measure skills inside your organization.

As you use Skills Quotient within your organization, you are taking a complex black box and providing a single question and single executive level metric delivered in a codified way. What this unlocks in the organization is the ability to benchmark over time, and drive skills at the team level. And answer the question for the CEO, and to solve the CEO’s BIGGEST problem.

Sign me up for the monthly newsletter with exclusive insights, upcoming events, and updates on Degreed solutions.

Your privacy is important to us. You can change your email preferences or unsubscribe at any time. We will only use the information you have provided to send you Degreed communications according to your preferences. View the Degreed Privacy Statement for more details.